A photo work with myself as part of the composition. The image is about spaces, to be a part of the space. It is about being part of the environment your in.  Which doesn’t always mean you are being seen. You can also be a mayor part of something but at the same time be in another place.  The head under the curtain emphasizes on concentration of own thoughts.

Is the person looking outside through a window an active element in the room or is he secondary to the room he is part of. What does he see what we can’t or cannot be a part of, only in our imagination.

I called the work Hypo, which is the greek word for under.

The work ( a combination of photo and paint on canvas) is my contribution in a competition for the Christine Award 2018 at Nieuwe Akademie Utrecht. 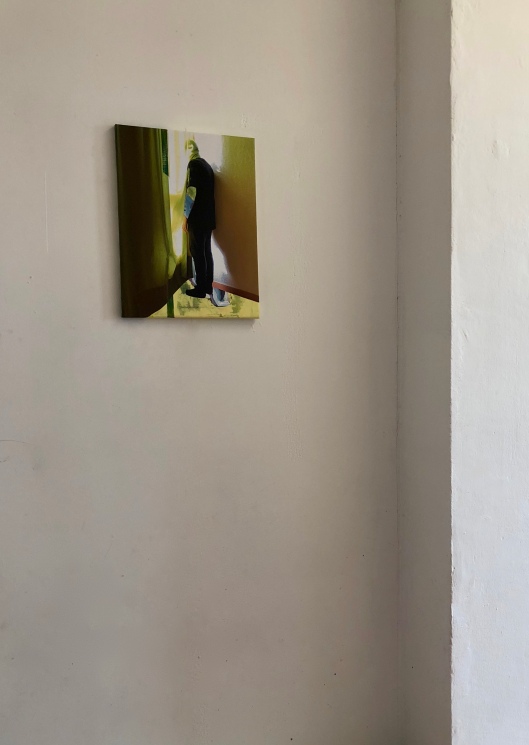